Well, I have a new wife...sort of! Not really, but some of you are going to notice that I´m now married to "Lia." No, not another person...but another name. When we arrived in Venezuela some three ago, and again when we arrived here in Mexico, we discovered that the Latina tongue doesn´t wrap itself easily around "Jeanne"...to top it off, it looks like "Ye-an-nay" to the Spanish-speaker! So, my wonderful wife decided to take a "Spanish-ized" form of her middle name to use. So, my "Jeanne Lee" is now LIA. Sounds good, no??

Of course, some would say, "How in the world can you change your name?!?!" After all, it´s a rather personal thing, no? But, if you go back to the Scriptures, you find than a new name is not such a strange thing after all: Abram becomes Abraham, Jacob becomes Israel, Simon becomes Peter, and Saul becomes Paul. These were "God changes"--they came about after an encounter with the Living God. Could it be that since we´ve be been brought to a new culture that God would have us take new names at times, names that would remove stumbling-blocks of any kind...even pronunciation?? 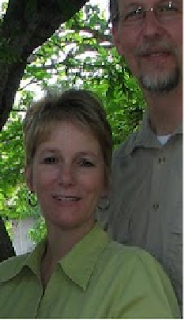 I think it´s kind of cool myself! I love my Lia...and I love her willingness to change something so precious as her own name so that she can communicate and form relationships with people here. Today, I thank God for my incredible wife. Oh, she can still be Jeanne for all the folks north of the border...but here, in this place...she´s my lovely Lia. ...That´s all...Juan, signing out for now!
Posted by Jon Herrin and Family at 2:02 PM No comments:

Changes, Changes!
Well, we are now living in the HUGE and amazing city of Monterrey, Mexico. Huge...with some six million-plus people in the metropolitan area. Amazing...in that is somehow all seems to "work." We´ve never lived in this size of a city, so we came with a little fear and trepidation. We left Blairsville, Ga,--a COUNTY of some 13,000 residents)--just over three years ago. We moved to Barquisimeto, Venezuela,--a city of 1.3 million people. So, we´ve now taken another giant leap...going to a place again exponentially bigger. But, you know what? We´re making it!
Just as sometimes people argue that in the large churches it´s the Sunday School and small groups where folks really find a place, in the big city, it´s the communities within that really become ours. We live in San Jeronimo...and we have found that we have all that we need within about 2 miles of our house--food at Soriana´s, school (el Instituto Laurens), a little ferretería (hardware store), banks...all right around us. Yes, there are times we´ll need to leave our area...as in any case, but we´re making San Jeronimo our "home town."
And, while Monterrey is very different in some ways from our "home town" of Cabudare in Venezuela, we have found a lot of similarities. While the people are different, we find that they are still people--who love life, love their families...who want lives of purpose and direction. While the foods are different (meat-lovers paradise!), the food is good, and we´re learning to eat lots of different ways with tortillas.
All in all...we´re here! And, God is giving us joy as we learn to live in yet another part of God´s great creation, among a people dearly loved of God. May we bring life, light and peace through our presence.
Posted by Jon Herrin and Family at 12:24 PM 2 comments: