When the reports came in that a hurricane had passed through the lower part of the Gulf of Mexico and was making landfall east of Monterrey, we imagined that there would be some left over winds and a good drenching of rain by the time it made its way inland to where we were.  Little did we know what was coming to Monterrey.

Monterrey, a city of some 6,000,000 people, serves as a major conduit for US/Mexico commerce.  In fact, a tour of the city will reveal that companies and corporations from around the world--Germany, France, Spain, Italy, Japan, China, Korea...just to name a few--make their home in Monterrey.  The main "interstate" for the eastern part of Mexico runs through Monterrey as well, making it a transportation hub for much of Mexico.  When something happens to Monterrey--which produces some 60% for the nations GNP according so some estimates--it happens to all of Mexico.

On Thursday, July 2nd, Hurricane Alex arrived in Monterrey.  Thankfully, the winds were all but gone, however, he was still full of water.  In just 30 hours, the city received more rain that it usually receives in a year.  And, as the city is not used to a lot of rain, the drainage system is not the best.  The resulting deluge of rains swelled the dry river beds to capacity and beyond, taking out many bridges, erasing the two many high-ways through the city, flooding homes and businesses, taking our power and water...and leaving the city a disaster.

Due to a planned and necessary leave, we left the city on the Tuesday after the storm.  At the time of our leaving, power had returned to most of the city, but many areas were still without water, including our own area of Santa Catarina.  We estimate a year or two for the repair of the highways and bridges.  In this time of desperation and seeming hopelessness, we pray that the Church will be a light in the darkness, a voice of hope and renewal.  Even more, we hope the Church will be there alongside for the rebuilding and reconstruction of this city. 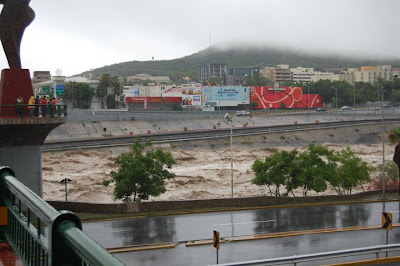 The Santa Catarina River the day before it crested.  It rose another 8-10 feet! 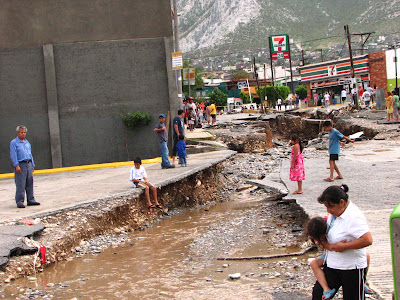 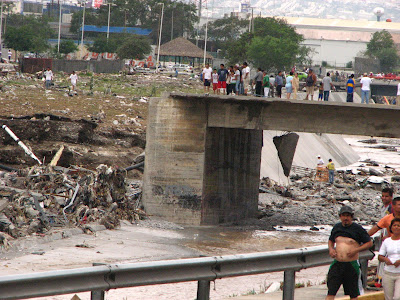 One of many bridges washed out in the storm. 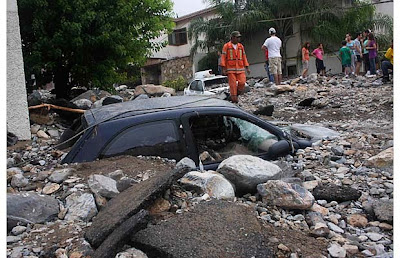 Rocks, river stones and silt just washed out of the mountains and down in the city. 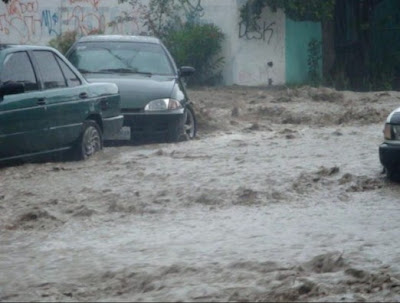 Many roads became rivers...and the destruction was amazing.
You will find more photos on our FaceBook accounts in the days to come.  We're in transit right now, so we're updating accounts and blogs as we are able.  Please pray for Monterrey...and that the Church will be a voice of hope and a hand of help.
Posted by Jon Herrin and Family at 10:48 AM No comments: